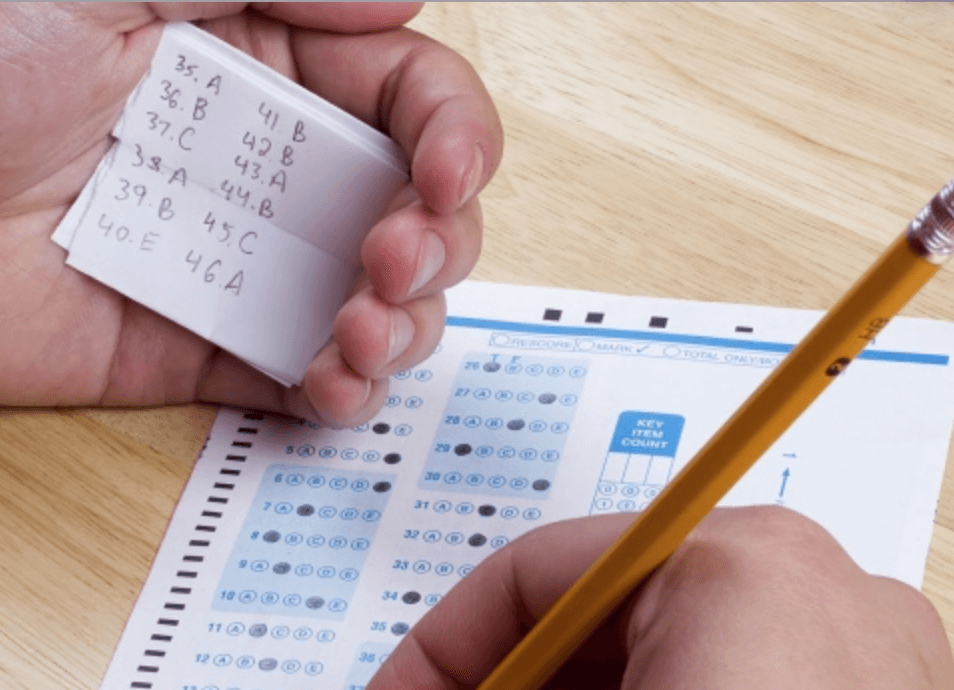 Do you remember when Billy put the test notes in his shoe or when freshman Sally plagiarized her senior sister’s essay? They sure did cheat success. Each one might have had the temporary success of a better grade; however, they ultimately cheated themselves in the long run when they either got caught or went to the wrong college by virtue of misrepresenting themselves.

Similarly I ask, “Why would politicians propose a tax cut without paying for it?” Instead of laying out the tax cuts and the budget cuts for an honest assessment, they are going to put the test answers on “scrap paper” with light-colored-font. When you hear the phrase “dynamic scoring”, you know the cheating of success has begun.

The Congressional Budget Act of 1974 established the Congressional Budget Office (CBO) and the budgetary reconciliation process. Under this act, if a policy has a demonstrated budgetary relevance, the Senate may choose to invoke budgetary reconciliation, which allows Senate members to pass policies in the absence of filibusters and with a simple majority of 51 votes, rather than the usual 60 votes. Ironically, a law created in the spirit of lowering national debt may be the very vehicle for increasing it by $2 - $5 trillion.

Consider judging the success of past bills that used the reconciliation process. Created in 1974, the reconciliation process was treated with deep respect and would not be invoked until seven years later under the Reagan administration to push welfare reform (1981), then again in 1985 for COBRA legislation. Other notable successful uses of the process include welfare reform under Clinton (1996), tax cuts under Bush (2001), and most recently the Affordable Care Act under President Obama (2010). These are all hotly debated policies, none of which are widely known for creating jobs - which is the stated objective of current tax cuts.

CBO scoring is a political exercise that creates a “smokescreen for justifying tax cuts without having to paying for them”1. CBO scorers are tasked with quantifying the intangible benefits of proposed policies. Although scorers are chosen regardless of political affiliation, personal bias invariably affects the results of such a subjective task. Every experience shapes the way people think, act and problem-solve—it is simply human nature to be biased. The inescapable truth is that the results of the CBO can never truly be objective because there is no one true answer. This is beneficial only to the politicians, who are indubitably going to politicize the scores and information produced to their advantage. The intangibility of the “data” that they are producing is beneficial to these policy-makers because they can mold it to fit their different agendas without concrete sources to discredit them.

If a student has the teacher’s edition of the Spanish textbook, he’ll test perfectly on translation but he’ll never become bilingual. If we cut taxes without a concrete way to fund it, we will not rise out of debt, but fall deeper into the hole. Politicians are relying on dynamic scoring as a tool to push their policy forward without explicitly explaining the price tag on tax cuts because they don’t intend to pay for them. We must tread lightly, for excessively indebted governments crumble under the pressure of crisis: remember Rome (476), Greece (2009), and Puerto Rico (2017).

Let your representatives know what you think about the tax cuts and the to-be-announced budget cuts. Ask them if we can afford further indebtedness and suggest that they clearly explain how we pay for tax cuts. Over-promising and under-delivering lacks integrity and degrades democracy.

If you would like to contact your representatives, please click this link (https://www.house.gov/representatives/find/) and enter your zip code. Due to the overwhelming increase in contact to Congress, calling has proven to be the most effective way to have direct contact. However, if you don’t have a lot of spare time you can also utilize these online resources: https://www.nationalpriorities.org/take-action/contact-your-representative/ and https://dailyaction.org/. For enacting change on the go, consider using the volunteer-run Resist Bot by texting “RESIST” to 50409 and following their easy and quick instructions. The bot will compose and sent letters to your representatives for you so you can make your voice heard on the go.  Contacting your representatives doesn’t take long and is a proactive way to enact change.