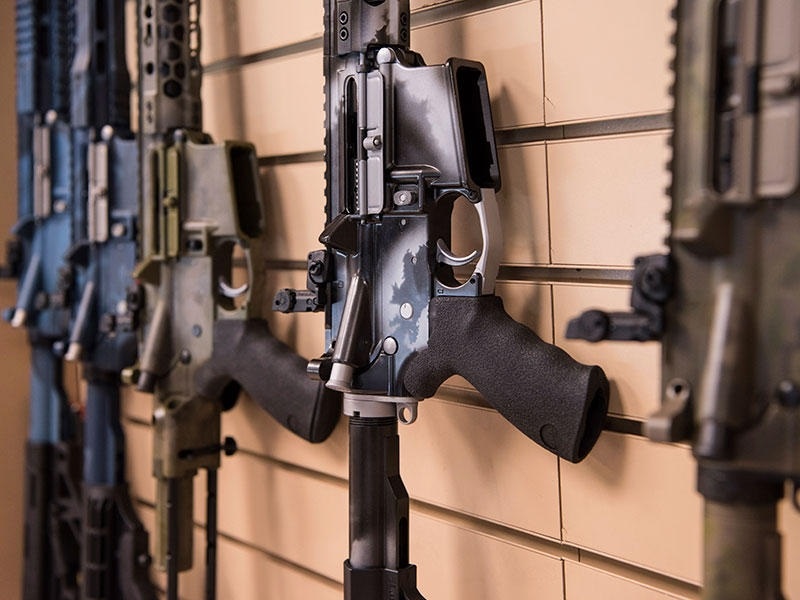 Investor With a Cause

In the current political climate, it’s easy to fall victim to feeling helpless against the powers that rule.  It seems that each week we are made privy to a new mass shooting—at music festivals, churches, and most prevalent: schools.  Instead of learning geometry, students are practicing live shooter drills.  Instead of gossiping about a new crush, they discuss how much they would miss each other if they were murdered in history class.  Yet all the devastation and horror bring about no substantial change.  A group of teenagers from Florida have enacted more change than any politician in the last decade, but the terror seems to have no end in sight.  The illusion of powerlessness can be crippling, but there is hope that the average person can make a difference.

As an investor, you have the power to influence change with every dollar.  Choosing securities based on political, environmental or ethical beliefs, such as gun control, is referred to as socially responsible investing.  The more money invested, the more influence one has over the fund manager’s decisions.  Unfortunately, most of us are not institutional investors, such as banks or insurance companies, who have a far greater supply of investable funds.  However, the average investor does have the power to ensure that her/his investments and beliefs are aligned.

Mutual Funds and Exchange-Traded Funds (ETFs) are two common investment vehicles used to increase diversification.  Mutual funds are generally actively managed by one or more portfolio managers, whereas most ETFs are passive instruments dictated by algorithms to achieve a similar outcome of investing in a basket of securities.   However, both instruments can be actively or passively managed.  Actively managed funds or ETFs have higher fees because of the specific curation of holdings selected for the success of the fund.  With the loss of fees you also lose the ability to have a say, albeit small, in the composition of the fund.  In the case of actively managed funds, there are two ways in which you can wield your influence: by persuading the fund manager to divest from the unwanted stock or completely divesting your assets from the fund.  Since passively-managed funds are managed by computers and not people, investors have no way to appeal which stocks are held and therefore have only one option when it comes to affecting change: divesting.

The first step in becoming a socially responsible investor is identifying the composition of your investments.  Determine whether you need to take action by researching underlying holdings, but keep in mind that these are subject to change at any moment.  If you find that they contain gun industry-related stocks, or stocks that conflict with other personal beliefs such as oil and gas or animal testing, consider which route is best for you.  It is difficult to say which strategy, if either, will impact the composition of the fund, but if enough people take a stand against particular securities, it could sway the minds of the managers.  If you are willing to remain a shareholder longer, this may be a good option for you.  Keep in mind, however, your request may be futile unless it is part of a large-scale movement.  Mass action has potential for mass impact.

Consider the example of Apartheid, the political system of institutionalized racism and segregation in South Africa, which arose in 1948.  Under this system, the white majority codified racial stratification to benefit themselves and oppress all other races.  Students of American universities were the leading opposition to this horrible system and used divestment as their weapon.  In the 1960s, students of Michigan State, Columbia, Smith College, Harvard, Gettysburg College, and most notably UC Berkeley organized to plead their schools to divest from any company that traded or operated in South Africa.  Their goal was the eradication of Apartheid through economic ruin.   Ramon Sevilla of UC Berkeley organized the first anti-Apartheid organization on a college campus which, together with the unified protestors, successfully convinced the Board to divest $3 billion from such companies, a feat which Nelson Mandela credits with being one of the most influential factors on the abolishment of Apartheid.  Although young and without control of university funds, these students were able to use their influence to create change.

If you feel comfortable remaining a stockholder, identify the managers of the fund by searching for the fund on the investment company website.  The manager(s) will be listed on the fund’s summary page as well as other informational materials like the fact sheet and prospectus.  If their contact information is not provided, call the company and request their email or mailing address.  If you have a portal login, you may be able to access this information through there as well.  Once you know where to send it, compose a letter explaining why you believe the investment(s) are unethical.  Most importantly, spell out that you will be taking your assets elsewhere if there is no change.

To aid you in your battle against the gun industry, here are four of the largest per capita gun stocks: Vista Outdoor, Inc. (VSTO) with $949M, Sturm, Ruger & Company, Inc. (RGR) with $1B, Axon Enterprise, Inc. (AAXN) with $3.8B, and Olin Corporation (OLN) with $5.4B.  These companies sell, manufacture or supply parts for all types of firearms.  Note that there are countless other companies involved in the industry, but these were selected for this article based on market capitalization.  Each one of these stocks is held in majority by the institutional investment companies Blackrock (commonly known for their iShares ETF series) and Vanguard, which has both mutual funds and ETFs.  Blackrock has an aggregate of $947M invested in these four stocks, but Vanguard is not far behind with $811M.  With the addition of all gun industry-related stocks not included in this research, these figures would surely shoot above $1B or higher.

Keep in mind that socially responsible investing is not the only way to “vote” with money.  Consumers vote for products, companies, and services every time they pull out their wallets.  While not everyone is an investor, everyone is a consumer in one way or another.  Some large retailers such as Dick’s Sporting Goods, Walmart, and Fred Meyer have removed military-style weapons from their shelves and websites, as well as raised the age from 18 to 21 for any gun sales.  However, there are many that are not following suit, such as Bass Pro Shops and Academy Sports and Outdoors, who still carry military-style firearms, and Big 5 who still carries semi-automatic weapons.  The latter stopped carrying military-style weapons in 2016, but the differentiation between the two types of weapons is hardly substantial.  All three still carry high capacity magazines.  By boycotting these retailers and choosing gun-control friendly competitors, consumers can use their buying power to send a message to the companies.  Stunting the economic growth of a company is the fastest way to compel it to change.

Resources to begin your journey to socially responsible investing are Yahoo Finance and Morningstar, which will provide you with information regarding top holders and holdings. Another tool available is gunstocks.com which scans mutual funds and ETFs for underlying stocks tied to the gun industry.  It hasn’t been updated since 2016, however, so use it only as a starting point and remember to utilize multiple sources.  Please contact our office at (510) 704-9500 to schedule an appointment if you have questions or wish to discuss the next steps for your portfolio.

The opinions in this article are for general information purposes only and are not intended to provide specific advice or recommendations for any individual security.  This article does not intend to suggest that public policy is the sole factor to invest or divest from securities.  Schedule an appointment with your financial advisor for specific advice.